According to a recent survey conducted by YouGov, only 1/10 students across UK state schools actually play cricket for a club, which goes against the claims that the Government’s statistics previously was up to 8/10.

A charity called the Chance to shine has been trying to introduce more people and students, from state schools, to cricket but hasn’t worked very well because of the pure dominance of football in this country. People also have views that the sport that are completely not true, such as cricket is a ‘gentleman’s sports and is also seen be a ‘posh’ sport.

Many people believe that cricket is a very elitist sport which is backed up by the statistics which say that 62.5% of the England men’s national team went to private schools but only 37.5% went to state schools.

Some organisations are trying to go against these stereotypes and are working to get more students from state schools into the higher ranks of cricket. The Bedser scholarship is a trial for students aged 8-16 in Woking state schools, to get a scholarship and get a chance to get free coaching sessions. Six players will be chosen, over the course of two trials, and given a scholarship. The scholarship consists of being given £200 for cricket equipment and many coaching sessions; it also gives students a chance to be seen by Surrey cricket team coaches and get into the Surrey pathways.

A lot of people also want to encourage state schools to start taking part in cricket. A recent survey shows that 88.9% of people believe that schools should introduce cricket pitches/cricket nets.

Other people also think that cricket should be a sport that is as important as football and should be promoted more, around 50% of the participants say maybe and around 33.3% say yes. 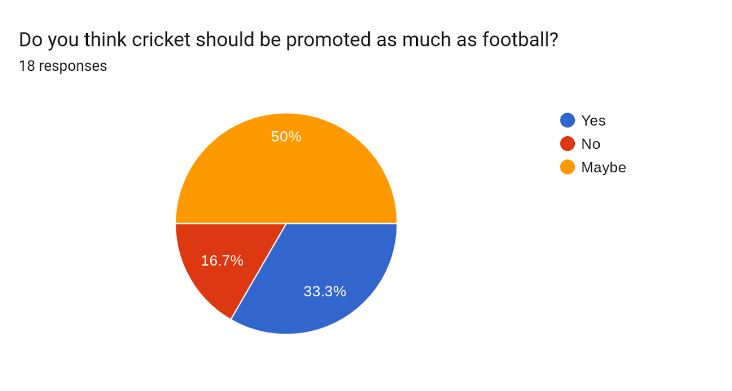 George has been selected for the Bedser scholarship, and according to him the scholarship is really good for training and cricket and helps massively with experience in high level performance under tight scrutiny. He also said that he knew someone who got into the Surrey team even though he wasn’t actually as good as some others, he only got in due to the fact that his father was a professional cricketer.

Robots in our future… Good or Bad?

For many years now, scientists and programmers have been researching, creating and designing new technologies such as robots. Now that this technology has been put into place, we are left to wonder if it is a good thing after all?

On one hand, people may see the rapid development of robots in a positive light as they will aid in many aspects and can improve most of the problems in the world of jobs. It could help education, manufacturing, catering and many other occupations leading to less errors as well as less human mistakes in work. This means that production levels will rise greatly.

However, people may dread robots as they have a lot of imperfections that may lead to grossly adverse effects. It could lead to all the available jobs being centred around just programming and leadership making people without these skills to jobs. This will result in suffering within the economy as many people will be unemployed and have to look for support within benefits in the government.

This survey was completed by 24 students from Hoe Valley School and the results are shown on the pie chart: 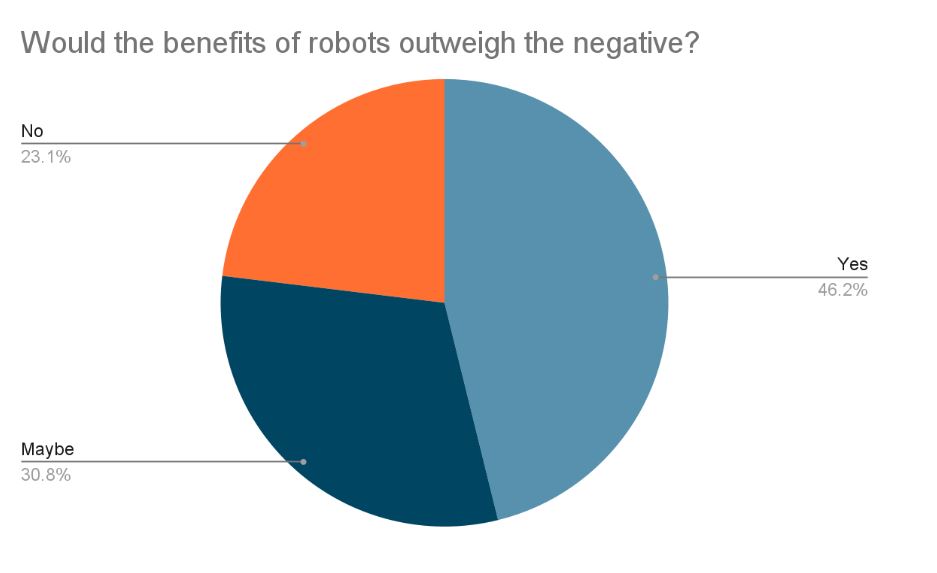 Evidently, the majority of voters also decided they preferred human teachers and workers to robotic employees. This was mainly because human employees can understand emotions and tone better so interacting with other people and resolving certain issues would be much more efficient and productive with a human.

Here, we interviewed a few teachers and got their opinions:

Covid may seem a lifetime ago but now we can see the long term impacts it is having on people’s health. Take a look at what people have to say:

We spoke to Leah and her family’s adaptations during covid, ‘During covid, my family was affected a lot because my mum has diabetes, during this time my brother and I were working from home. My mum was also working from home because at the time she was at high risk. At this time my dad was the only person able to do any food shopping. This affected my family as we weren’t able to see any friends or family.’

Brinda told us that ‘After covid, I think that for an average person their mental health will change unquestionably because for a whole year, you would have stayed by yourself and inside with nothing much to do. Your wellbeing might not be very positive and open because after a year the brain wants something productive to do.’

Chloe informed us that ‘During lockdown I felt bored and alone and missed my friends and family. I was lucky to have my dog and sisters to keep me company whereas some people had nothing and I am grateful to have them.’

After speaking with Mr Wolley we found out that he said, ‘during covid my teaching style changed, I used the visualizer more and my lessons were more productive for the situation.’ He also told us that, ‘after covid I was adapting to doing active lessons again.’ Furthermore we spoke to Miss Still who told us that ‘My overall fitness did not change, however my mental health did change but I was lucky to have my horses and my partner, I am lucky to be a “sporty” person which helped me stay active during the lockdown.’

Overall covid is still a rising issue for people’s physical and mental lifestyles.

Hot Topics of the week! World Cup and your local club, Woking F.C. 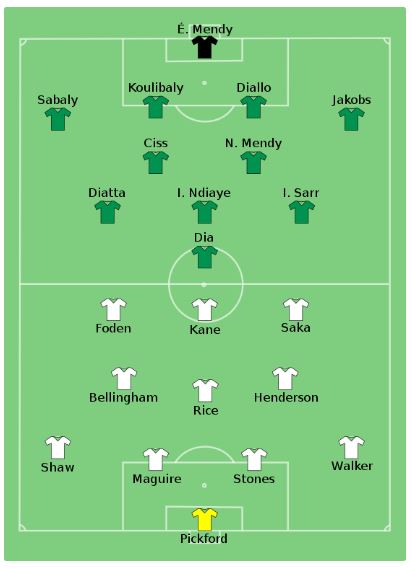 England has knocked out Senegal from the FIFA World Cup 2022, at Al Bayt Stadium with a 3 – 0 win over the Lions of Teranga. England was the first one to strike as the young star, Jude Bellingham had slit the ball through the box, which was received by J. Henderson who had hit the ball, sliding in from the side out of the keeper’s reach. On the 45+3 minute mark, the Senegalese attacked and midfield were occupied in England’s half; England gained possession and Bellingham made a run, dashing down the middle of the pitch with a lot of space. Foden was seen, received the ball, cut it over the Senegalese defence, Kane received and booted it down the middle, securing England’s second goal near the end of the first half!

Later in the game, in the 57th minute, Foden was dribbling down the left wing, saw space to pass to Saka, Bukayo Saka was in the box and like magic he slipped it over the keeper’s head. It was the 3rd goal for England! Post-match Senegal were sent home with no goals, if only the Bayern star, Sadio Mane hadn’t injured his right fibula during his Bayern match before the world cup.

Controversial Header By Ronaldo in clash with Uruguay

On Monday, 28th November, Portugal duelled Uruguay at the Lusail Stadium and locked in at 0 – 0. Fernandes was in  the wind, Ronaldo was in the box, Fernandes whipped it in and touched Ronaldo for a moment, fooling the keeper as the ball ended up in the back of the net. After that event, many sceptics had debated over whether it had touched his head or not. The VAR didn’t count it as a goal from Cristiano, but as a goal from Fernandes. Adidas also had installed a sensor inside the matchball, giving us the proof of whether he touched it or not, his head didn’t make much of a connection with the ball so no sound or vibration was caught by the sensor. Although this might be true, in photos it clearly shows the ball touching Ronaldo’s head, but many people debate over how it was a goal.

How can we make football more enjoyable for the community?

Here are some of the views from teachers and students:

Will, a student from Year 8, said that he thinks better advertising would bring more fans and more money to make things better.

Mahad, a year 8 student said that more mascots would bring in children as there would be more entertainment.

Seby is a student from year 8, he said that TV advertisement and on signs would draw in fans, also expand the stadium

Here is what my teacher, Mr Gregory has said about his view of it.

We use cookies on our website to give you the most relevant experience by remembering your preferences and repeat visits. By clicking “Accept All”, you consent to the use of ALL the cookies. However, you may visit "Cookie Settings" to provide a controlled consent.
Cookie SettingsAccept All
Manage consent

This website uses cookies to improve your experience while you navigate through the website. Out of these, the cookies that are categorized as necessary are stored on your browser as they are essential for the working of basic functionalities of the website. We also use third-party cookies that help us analyze and understand how you use this website. These cookies will be stored in your browser only with your consent. You also have the option to opt-out of these cookies. But opting out of some of these cookies may affect your browsing experience.
Necessary Always Enabled
Necessary cookies are absolutely essential for the website to function properly. These cookies ensure basic functionalities and security features of the website, anonymously.
Functional
Functional cookies help to perform certain functionalities like sharing the content of the website on social media platforms, collect feedbacks, and other third-party features.
Performance
Performance cookies are used to understand and analyze the key performance indexes of the website which helps in delivering a better user experience for the visitors.
Analytics
Analytical cookies are used to understand how visitors interact with the website. These cookies help provide information on metrics the number of visitors, bounce rate, traffic source, etc.
Advertisement
Advertisement cookies are used to provide visitors with relevant ads and marketing campaigns. These cookies track visitors across websites and collect information to provide customized ads.
Others
Other uncategorized cookies are those that are being analyzed and have not been classified into a category as yet.
SAVE & ACCEPT