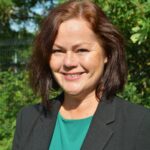 Mrs Davies has been a key element of the leadership of the school since it opened, first as Deputy Head then as Associate Head Teacher, leading the school for two days per week, before becoming Head Teacher in 2019.

Mrs Davies joined Hoe Valley School from The Beacon School in Banstead, where she had been Assistant Principal since 2012. At The Beacon School, Mrs Davies was Head of Progress and Attainment for KS4 and latterly Director of Sixth Form, driving up standards in both GCSE and A Level results across the school.

In 2013 Mrs Davies obtained a Masters in Education from Kingston University, focussing on closing the gender gap at KS4. Her PGCE was obtained from Manchester Metropolitan University with German as a subject specialism. She graduated with a Joint B.A. (Hons) degree in German and French from the University College of North Wales, Bangor having studied abroad for one year in Mons, Belgium at an International Interpreting School and at Leipzig University in Germany. 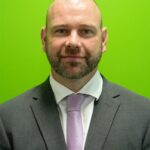 Mr Kelly joined HVS from The Bishop Wand School in Sunbury – on -Thames where he was the acting Deputy Headteacher. Mr Kelly had been Head of Progress and Attainment for KS3 and KS4 and he was most recently the school’s child protection officer. He was also in charge of managing all of the student services at the school.

Mr Kelly is responsible for Safeguarding, Child Protection and is the Designated Teacher for Looked After Children. He will also be responsible for Behaviour, Attitudes & the Personal Development of our wonderful students.

Mr Kelly obtained his BA QTS in Physical Education from St Marys University in Twickenham after he moved over to England from Ireland in 1999. Mr Kelly is a sports fanatic, especially Rugby, and is looking forward to seeing how the students at HVS get involved within the extra curricular clubs. The links between Academic success and exercise have been well documented and this is something that he is keen to support within the school. 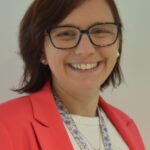 Miss Austen has taught in a number of schools as a History teacher and a head of department. She joined Hoe Valley School in September 2015 as Head of Humanities and also held various positions of additional responsibility, including being part of the Teaching and Learning Hub. Miss Austen oversees student Attainment and Progress at Hoe Valley School; using data to support teachers to ensure students make the best possible progress. Additionally, Miss Austen has responsibility for ensuring HVS’ Pupil Premium funding is allocated appropriately and she works closely with the Heads of Year to ensure the School’s PP students are well supported.

Miss Austen studied for her History degree and trained as a History teacher at Exeter University, and holds an MA in History Education with UCL. She has recently completed her NPQH through STSN. 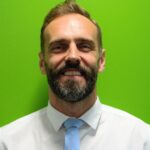 Mr. Woolley has taught and led in a wide range of schools in different settings, and joined Hoe Valley School as its first Head of Science from Deira International School, Dubai. Mr Woolley leads on Teaching and Learning; working with Hoe Valley’s talented teachers to further develop their already outstanding practice. He also has responsibility for overseeing the SCITT and ECT programmes.

Mr. Woolley is passionate about knowledge acquisition and its ability to change lives. He believes “the more you know, the more you can do” and is currently developing Hoe Valley teaching around cognitive science principles to ensure students leave with sufficient skills and knowledge to have choices in their next steps in their career. He obtained a BSc (hons) in Applied Biology from the University of Bath and QTS from the University of Sussex. Mr. Woolley is an avid reader of both science fiction and non-fiction, firmly believing that a continued interest and understanding of Science for everyone is key to our futures on Planet Earth. 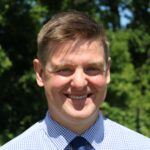 Mr Robinson joined HVS from George Abbot School in Guildford, where he was Director of Sixth Form, overseeing the academic progress and personal development of over 450 students. He will be in charge of our new Sixth Form and also responsible for overseeing careers education.

Mr Robinson graduated from Brunel University with a BSc in Sport and Exercise Science in 2002 and went on to gain a PGCE two years later, after a spell playing professional rugby. He has also completed his NPQH qualification through STSN.

Mr Robinson is passionate about anything sport or music related and has learned so much from these areas of interest in developing his own leadership and communication skills. These key employability skills, among many others, he will be looking to develop with students who join the Sixth Form. 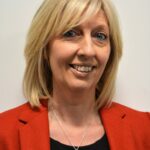 Mrs Sarah Newman, School Business Manager
Mrs Newman joined HVS from Barnsbury Primary School and Nursery, where she worked for five years as the School Business Manager. Prior to that she worked for ten years at a Catholic Primary school in the same role. She brings with her fifteen years of school business management knowledge and experience and has taken the role of Finance and Operations Manager at Hoe Valley where she works with the headteacher, senior leadership team and governors to ensure financial management controls are in place and is operationally responsible for personnel, IT infrastructure and site management.

Prior to her school business management roles Mrs Newman worked for 21 years in HSBC (and formerly Midland Bank).

We use cookies on our website to give you the most relevant experience by remembering your preferences and repeat visits. By clicking “Accept All”, you consent to the use of ALL the cookies. However, you may visit "Cookie Settings" to provide a controlled consent.
Cookie SettingsAccept All
Manage consent

This website uses cookies to improve your experience while you navigate through the website. Out of these, the cookies that are categorized as necessary are stored on your browser as they are essential for the working of basic functionalities of the website. We also use third-party cookies that help us analyze and understand how you use this website. These cookies will be stored in your browser only with your consent. You also have the option to opt-out of these cookies. But opting out of some of these cookies may affect your browsing experience.
Necessary Always Enabled
Necessary cookies are absolutely essential for the website to function properly. These cookies ensure basic functionalities and security features of the website, anonymously.
Functional
Functional cookies help to perform certain functionalities like sharing the content of the website on social media platforms, collect feedbacks, and other third-party features.
Performance
Performance cookies are used to understand and analyze the key performance indexes of the website which helps in delivering a better user experience for the visitors.
Analytics
Analytical cookies are used to understand how visitors interact with the website. These cookies help provide information on metrics the number of visitors, bounce rate, traffic source, etc.
Advertisement
Advertisement cookies are used to provide visitors with relevant ads and marketing campaigns. These cookies track visitors across websites and collect information to provide customized ads.
Others
Other uncategorized cookies are those that are being analyzed and have not been classified into a category as yet.
SAVE & ACCEPT